I've either bruised the muscles around my ribs or over-stretched the ligaments. Either way it hurts to stand, sit, lie, shower, eat, laugh, type, sneeze and drive. Pretty much the only comfortable position at the moment is a kind of slouch 25 degrees off horizontal.
So here's the scene; last Friday I climbed onto a packed bus bound for work. I found a space about halfway down and hung like a spider monkey from one of the rubber straps. Every bump and pot hole the bus rides over sent waves of pain through my chest. A third of the way through the trip we stopped outside Wellington High and most of the teenagers piled off and a single seat opened up just to my right. There were a handful of other commuters of a variety of ages and sexes also doing their PG Tips impression so I, of course, was paralyzed with levels of guilt and indecision usually only seen in a Woody Allen film*.
If I take the seat then everyone else on the bus thinks I'm a tool for denying the more outwardly deserving passengers a respite from standing. If I remain standing I have another 20 minutes on the bus that suspension forgot before I get to work.
This demonstrates once again why society needs some universal signs to help explain one's actions to strangers. Want to wear a "McCain/Palin '08" T-shirt without everyone suspecting you're a evolution-denying Republican? A simple irony hat (in my mind it's a fez) would reassure passers-by and co-workers that you weren't on your way to a Tea Party.
Do you drive around in an SUV and feel the nagging finger of environmentalists? Application of the green, "I do a lot of conservation work that necessitates an off-road vehicle" bumper sticker will avoid having the Chelsea/Ponsonby Tractor tag applied to your car.
This lack of societal iconography resulted in me standing for another 10 minutes until enough spaces became vacant to make it clear that I wasn't a wanker. If I'd been wearing a "I've got an injury/illness with few external symptoms" badge, I could have taken a seat with impunity.
*one of the good early ones like Manhattan or Manhattan Murder Mystery
Posted by G. at 9:22 am 1 comment:

Email ThisBlogThis!Share to TwitterShare to FacebookShare to Pinterest
Labels: "it's a fez, fezes are cool", I'm not too old to play football, Obama '08

Well, I must say that I am alarmed

I was in the doctors yesterday (I'll cover this later but short version: I've bruised some ribs playing football) and saw this pamphlet:

I get that they're trying to advertise their "I've fallen and I can't get up" alarm in a new way, avoiding the image of a frail lady looking longingly at the camera while she lies prostate on the floor but I don't think they've properly focus grouped this pamphlet. To me it is saying one of two things:
- Our new alarms come in the form of an older lady that you'll have to carry on your back that will scream at the slightest sign of danger
- If you do fall over we'll send over a Clint Eastwood look-a-like to carry you to safety
Either way I don't think they're going to shift more units.
Posted by G. at 7:57 am No comments:

I know Bioshock came out three years ago

I've been playing computer games a little bit more than usual recently. I think it's a combination of a lack of decent TV and a new lapdog. The way I remember playing games in my teens was a repetition of saving and reloading my progress with every step. If a fight didn't go exactly the way I wanted, I'd hit 'Ctrl+L' to rewind my avatar, placing him (until Ms. Croft came along it was almost exclusively a him) back before the fight/discussion tree/jump. If that didn't work I'd look through the various gaming mags I had to find the cheat code. This was a phrase (some in joke) or sequence of buttons that wouldn't look out of place in modern rhythm games, allowing me to swan through the hard bits with God Mode on: invincible, all powerful and totally without any obligation to play by the rules.
I don't know if it's because the visuals have evolved to a level that verges on cinematic or if its the fact that games are filled with the kind of ambiguous morals you'd expect to see in shows like The Wire, Deadwood and Breaking Bad but I'm being drawn into the games in ways that I haven't encountered before. I'll drag myself through an encounter with half my squad decimated and the bonuses no where near achieved but I can't just reload and try again. That would be somehow inconsistent and disingenuous. I find myself living by a different type of cheat code.
The line between storytelling and playing a game have become blurred. In the story I'm directing through button mashes and mouse gestures, the path has been written and I have to live by my actions. If I fail to save the girl or only barely defeat the dragon so be it.
That is until I die.
At which point I'm glad that I remembered to save and reload my game so I can have another go at moving on to the next level.
Posted by G. at 7:35 am No comments:

Email ThisBlogThis!Share to TwitterShare to FacebookShare to Pinterest
Labels: Up-up-down-down-left....

Promised a treat but got fruit

Yesterday, I was in the study when I heard Afternoon Delight coming from the living room. I knew that I had the Movie Channel on so of course I rushed through expecting to see Ferrell, Rudd, Carell and Koechner in song. Imagine my disappointment when it was in fact the underwhelming Starsky & Hutch.
Ri-goddamn-diculous.
Posted by G. at 7:00 pm No comments:

Email ThisBlogThis!Share to TwitterShare to FacebookShare to Pinterest
Labels: I love lamp, The Legend of Ron Burgundy, TV shows that shouldn't have been made into a movie

You just need a drunk Dominic West hitting on Miss Piggy in the background for this to an unstoppable pop culture supernova.

I love Zach Galifianakis just hanging out in the background.
Posted by G. at 11:28 pm No comments:

It's like he's stayed up all night studying for his physics exam and then walked into the french oral. 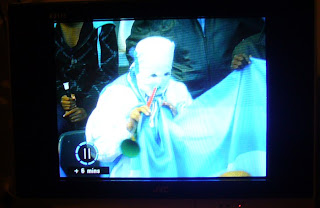 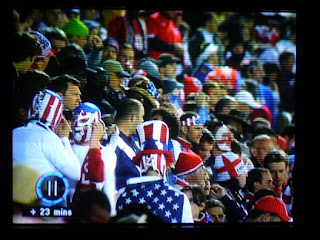 Masked wrestling masks are the only true way to show your support.
Posted by G. at 8:45 am No comments:

Email ThisBlogThis!Share to TwitterShare to FacebookShare to Pinterest
Labels: Fans go wild, FIFA World Cup, The world bends to my will

I've no longer got the horn

Great start but can we have more masked wrestlers... 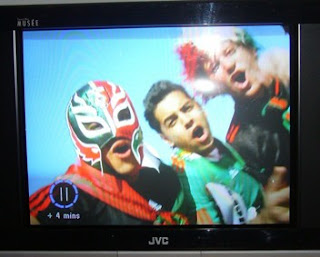 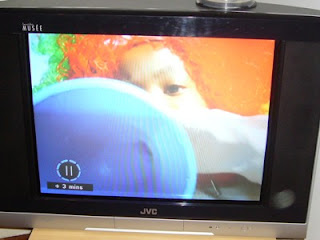 This was a triumph

Just in case there's anyone out there that doesn't yet have a copy.

And there are no excuses as Steam now works on your machine Mac-Boy.
Posted by G. at 7:09 am No comments:

I suppose there has to be a first time for everything. 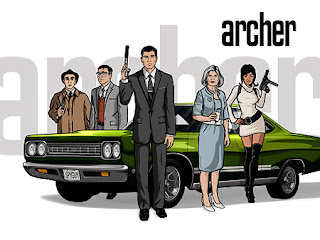 Hagrid recommended Archer to me. Said it was epic and had the funniest 1st episode he'd ever seen. Despite my scepticism I gave it a go and so far I'm up to episode six and it's all totally ninja.

Think U.N.C.L.E. meets Get Smart, they have a baby and hire Futurama as a tutor for their strange offspring. Then, instead of becoming a sitcom on the regular networks, the kid goes off to Dr. Katz University and has It's Always Sunny in Philadelphia as a room-mate.

Not sure about it taking the the funniest pilot award (Arrested Development must in the running) but it is definitely worth seeking out.
Posted by G. at 1:55 pm 2 comments:

Email ThisBlogThis!Share to TwitterShare to FacebookShare to Pinterest
Labels: How hard is it to poach a God-Damn egg properly?

Back in December 2008, Hagrid and Ned returned from terrorizing the South Island and every conversation for the first couple of days ended with "I want to become a professional whistler. Pfffffssst." in an annoying voice that sounded a bit like Peter Sellers in The Party. Since then all has been revealed and I now agree that Madagasca 2: Escape Africa joins the short list of sequels that eclipse the original film.

After seeing M2, it got me thinking about the need for animated films to be filled with big-name actors. Both Ben Stiller and Chris Rock are pretty much phoning in their stand-up personas (though toned down for the children's audience), David Schwimmer is just Ross with a long neck and JPS plays the sassy black woman card. I get that the comedic genius of Andy Richter and Sasha Baron-Cohen are essential to their roles but if they'd chosen unknown voice actors for the four leads, would Madagascar have done as well at the box office?

I suspect that the answer is no as when selecting a movie to see we use the previous performances of the actors as a short hand when we don't have any other recommendations to go on*. However, do we get a better movie as a result of the big name actors? Apart from guest stars, most prime time animated TV shows do okay without famous leads and it can be detrimental to the film if you get distracted trying to workout where you try to guess who's doing the voices instead of empathizing with the lovable, yet flawed pig.

When you look at how they do overseas, this theory gains some legs. In most South American and European countries at least two animated Hollywood films were in their 2009 box office top ten. I don't think the overseas distributors get A-list German and Brazilian actors to record local voices for the films, so the quality of the movies is buoyed by local performances and not the star power they bring to the film.

Unless, of course, parents are desperate the world over and don't actually care what they take their kids to see as long as it keeps them quiet for 90 minutes.

* This is another flawed practice as (Shallow Grave + Lost in Translation) * Reservoir Dogs = The Island.
Posted by G. at 3:19 pm 1 comment:

Email ThisBlogThis!Share to TwitterShare to FacebookShare to Pinterest
Labels: Smile and wave boys 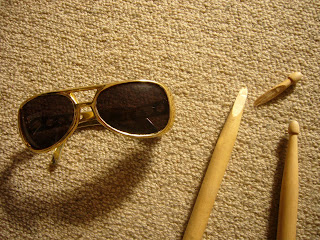 Welcome back fellow Splinters. Apparently I still know how to rock.
Posted by G. at 5:13 pm No comments: